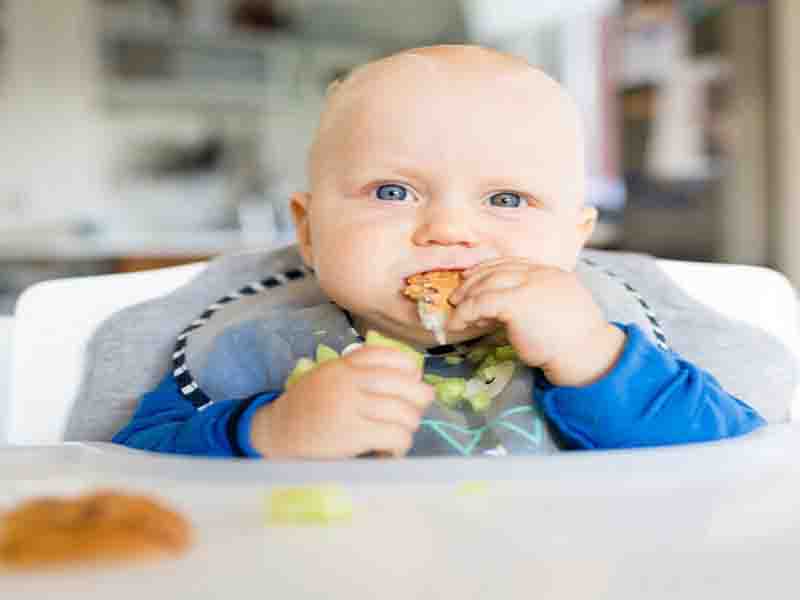 Among the hematological (blood) diseases in pediatrics, anemia is the most frequent . It is more common in young children, because they grow a lot and eat few iron-rich foods; but it is also common in adolescent girls.

Although anemia in infants and children is sometimes asymptomatic, it is convenient to know the possible symptoms as well as, when possible, how to prevent it .

In the blood we have different cells. Red blood cells or erythrocytes are one of them, and they are responsible for transporting oxygen . Oxygen travels inside red blood cells attached to hemoglobin. To make hemoglobin our body needs, among other things, iron.

We speak of anemia when the concentration of hemoglobin in red blood cells is decreased. In pediatrics we must take into account that the normal values ​​of red blood cells and hemoglobin vary with age. Check out more interesting articles on our PM Blog.

Why does it occur?

The causes of anemia can be varied. Broadly speaking, it can be caused by an increase in losses (for example, very important bleeding), because not enough red blood cells are made, or because of an accelerated destruction of red blood cells. It can also be due to a combination of several factors.

In pediatrics, the most frequent cause of anemia is iron deficiency , a lack of iron that causes insufficient hemoglobin to be formed, producing smaller red blood cells (we speak of microcytic anemia) and with less color (hypochromic).

Iron deficiency or lack of iron can be caused by:

Other causes of anemia that we see in pediatrics, although less frequently, are:

What are the symptoms?

Fortunately, most of the anemias that we see in pediatrics are mild, so many children may not have symptoms and we diagnose them casually when doing an analysis for another reason.

In children who do have symptoms, these are usually:

How is it diagnosed?

We can suspect it from the symptoms you tell us about and the physical examination, but we will diagnose it by doing a blood test , which will also help us find the cause.

In the analysis we will see the levels of hemoglobin that the child has, how are his red blood cells (large or small, with little color…) and how full are the iron deposits . We can also see how the bone marrow (responsible for making red blood cells) is working.

Also, in the case of sickle cell anemia, the diagnosis can be made on metabolic heel prick tests , which are performed on newborns at 48 hours of life.

Do you have treatment?

Yes, anemia has treatment, which will vary depending on the cause of the anemia. In iron-deficiency anemia, doctors will indicate an iron supplement (it is available in syrup and tablets).

This iron is better absorbed fasting and accompanied by vitamin C (orange juice, tangerine, kiwi,,,). Sometimes this treatment produces abdominal pain; in this case, taking it with food can be considered.

It is also common for stools to change, becoming black, and stains may appear on the teeth . In cases of very severe anemia, a blood transfusion will be necessary, which will be performed in the hospital.

Can it be prevented?

Some types of anemia cannot be prevented; for example, those due to significant bleeding or those caused by diseases that cause significant destruction of red blood cells or that affect the bone marrow, preventing its proper functioning.

But we can prevent iron deficiency with appropriate dietary guidelines . Iron is one of the first micronutrients that we must incorporate into our babies’ diets when we start complementary feeding , around six months. We can do it with enriched cereals or with meat purees , if they take mashed meat, or with properly prepared iron-rich foods if they do Baby Led-Weaning (BLW) .

Iron in food is found in two forms: heme, or animal, and non-heme, or vegetable. Animal iron, present in meat and fish , is the one that is better absorbed. Non-heme or vegetable iron, which we find in legumes , vegetables or eggs, on the contrary, is less well absorbed; To improve its absorption, we must accompany it with vitamin C and/or fruit (for example, hummus with a squeeze of lemon, lentils with a tomato salad…).

Dairy products hinder the absorption of iron , so it is recommended not to abuse them; and, as Sabaeans, cow’s milk should not be offered as the main drink before one year of life (although small amounts of cow’s milk or derivatives can be offered after 9 or 10 months). 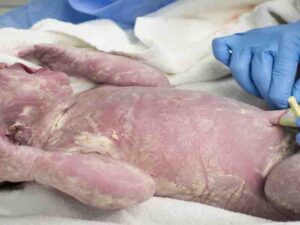 Previous post Babies are not born dirty: the first bath can wait 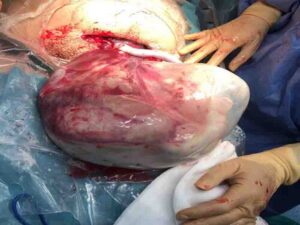 Next post Veiled caesarean section: a baby is born in twin birth with the amniotic

Adenomyosis is a very common gynecological disease in women of reproductive age , but little known because it does not always...

The COVID-19 pandemic that began two years ago has brought many things, including an increase in scabies . There are already articles that...

A veiled or blanket delivery is one in which the baby is born inside the intact amniotic sac , just as it is inside...

The image of a baby covered in a yellow pasty substance may not be the ideal image of a newborn...