The EU has stipulated that from 2025, heavy vehicles must emit 15 percent less CO 2 , and 30 percent from 2030. Large trucks account for between 65 and 70 percent of all CO 2 emissions from heavy vehicles. Know more about aston martin ne shitje.

In an effort to promote technological solutions so that long-distance industrial vehicles reduce CO 2 emissions by 100 percent, some manufacturers are betting on fuel cells that use hydrogen to generate electricity to feed an electric motor .

Leading companies in the design of hydrogen trucks

Hyundai Motor Company and the Swiss company H2 Energy created Hyundai Hydrogen Mobility (HHM). This Swiss-based company is ahead of everyone else and is already testing the fleet of its innovative XCient hydrogen trucks in Europe , made up of 46 units at the service of 25 Swiss companies from different sectors on a pay-per-use basis, including the supply of hydrogen.

Having already exceeded one million kilometers of driving collectively, they have reduced CO2 emissions by more than 631 tons compared to other trucks with a diesel engine. Customers highlight their satisfaction with the respect for the environment, the short refueling times and its great autonomy. Hyundai has set a goal of growing the fleet to 1,600 hydrogen electric trucks by 2025.

The new Hyundai XCIENT Fuel Cell truck has 2 fuel cells of 90 kW each, a 350 kW electric motor with a maximum torque of 2,237 Nm and 3 high-voltage batteries totaling 72 kWh. Its 7 hydrogen tanks, with a combined capacity of 31 kg of hydrogen – which are filled between 8 and 20 minutes, depending on the ambient temperature – give it a maximum range of 400 km . It can reach a maximum speed of 85 km/h.

On the other hand, the alliance between Mercedes-Benz and Volvo will deliver in 2023 the first units of the GenH2 , the hydrogen fuel cell truck that will have a range of more than 1,000 kilometers , and will begin its first open road tests that year.

Also, the companies Hino and Toyota have presented their first prototype Class 8 Hino XL8 powered by a Toyota hydrogen fuel cell electric powertrain on the chassis of Toyota at the end of last summer at the ACT Expo 2021 in Long Beach, California. the XL series.

The biggest problem that manufacturers of trucks that use hydrogen as fuel find themselves with is that the infrastructure of recharging stations is practically non- existent today. According to the studies carried out, it will take between 5-10 years until hydrogen is widely used.

The Association of European Automobile Manufacturers (ACEA) predicts that in 2030 around 60,000 hydrogen trucks will circulate in Europe , for which supply the existence of some 1,000 refueling stations for this type of fuel will be necessary.

With regard to our country, the Government forecasts that in 2030 there will be between 5,000 and 7,500 goods vehicles powered by this fuel , which will require the existence of between 100 and 150 recharging stations, called hydrogen stations. The boost that will have to be given to these stations is enormous, since there are currently only 6 hydrogen stations in Spain and none of them are publicly accessible.

Not all truck manufacturers are supporters of hydrogen fuel cells. As proof of this, the American electric vehicle manufacturer Tesla does not believe in the potential of hydrogen technology and is firmly committed to battery-powered electric trucks.

The same is thought from the Volkswagen Group , which has taken sides for the use of electric batteries not only in cars, but also in trucks.

The arguments used to defend electrification against the fuel cell are based on better use of energy , as well as lower vehicle acquisition and maintenance costs. 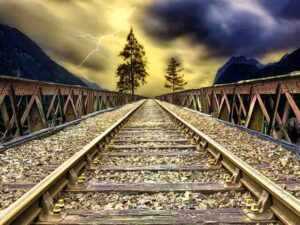 Previous post Obtaining a visa for the UK: documents, application form, photo required
Next post Range Rover 2022, imposing down to the last detail

The joy of owning a pool comes with the responsibility of keeping it clean. Thanks to automatic pool vacuums, pool...

Tiles with a concrete look or cement look are trendy. No wonder they are extravagant eye-catchers and offer even more advantages than other tiles. They are available...

Discover all the exclusive PS5 and Xbox Series X games, so you can decide which one to keep. The new generation is here!...

The Ford Fiesta is consolidated with important levels of electrification and connectivity, as well as some very notable aesthetic variations. An...

Luxury and avant-garde in the exclusive Range Rover 2022 off-roader. All-wheel drive, a huge 725-liter trunk and a lot of...

Do you want to start doing direct on Twitch and you don't know which webcam to buy? We recommend five of...